And how they can work for you 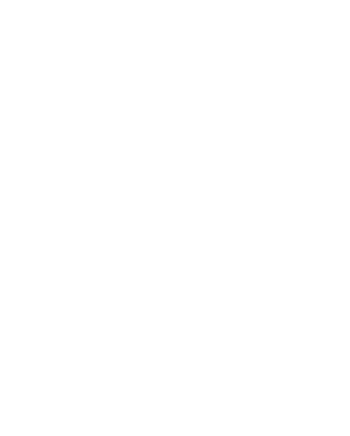 Before going freelance, I started my career in PR,  became a marketing manager for major newsstand magazines and then became a magazine publisher.

A large part of my career has been involved in working with clients, initially within a PR agency and latterly when I was publishing magazines for clients including Waitrose, John Lewis and Virgin at marketing content agency John Brown.

I have been a marketing manager and worked with, and for, some very able marketing professionals, so one strand of my freelance career is providing strategic marketing advice for my roster of small business clients.

Above all I am passionate about effective communication, understanding the needs of your customers and getting your message across concisely and effectively.
In a busy world where people are being bombarded with communication, you want to:
a) be heard
b) be understood and
c) not waste people’s time.
I now spend my life making sure that the work I do for all my clients meets all these requirements.

I began my magazine career at Haymarket Publishing as Promotions Manager for its medical titles.

At John Brown I became publisher of the loss-making, Waitrose Food Illustrated, and turned it into a profitable success. Over ten years, I produced magazines for clients including Waitrose, John Lewis, English Heritage, The AA, The Dorchester Group, Hello magazine, The Oldie, Swarovski Crystal and Virgin. I joined the Board at John Brown and became MD of its PR division.

After John Brown I became Publishing Director of Chelsea Magazines, where I was involved in the acquisition and turnaround of two IPC titles and oversaw re-designs of three of its magazines.

At Haymarket I organised events ranging from conferences for pharmaceutical company chief executives, to nationwide roadshows for Government ministers to address GPs, to even a competition culminating in a live treasure hunt across the Essex countryside in which the winning contestant won a car.

At IPC I organised numerous award ceremonies including Children of Courage for Woman’s Own. This included a special service at Westminster Abbey, a reception at the House of Lords and a visit to 10 Downing St for the winners, additionally it involved liaison with many celebrities and their agents.

At John Brown I was responsible for a regular series of reader events at Britain’s top restaurants – including an overseas champagne tasting lunch at the Alain Ducasse restaurant at the Plaza Athenée in Paris. Other events included a party at the Chelsea Physic Garden with catering by Tom Aikens amongst others.

I am one of the organisers of the Barnes Food Fair a major event attracting thousands of visitors, and some amazing chefs. My responsibility is running the Cookery Theatre, organising ticket sales and coordinating PR & publicity.

At IPC I was responsible for coordinating TV advertising campaigns and media strategy for Woman, Woman’s Own and Woman’s Realm, as well as handling cover promotions and in store promotions for the same magazines.

At Chelsea I introduced their first ever contacts database and set up the marketing of their data to third parties as well as overseeing the strategy for exploitation of their reader contact data.

Current freelance work includes responsibility for the marketing of the Barnes Food Fair and the Barnes Town Team.

My first job after leaving university with a degree in Physiology was running the PR for the Aspirin Foundation – a cross industry body promoting research into the non-painkilling benefits of aspirin.

At Shandwick my clients included Nestlé, The Health Education Council and Durex condoms. I was responsible for health education materials and press relations.

At John Brown I managed a team of 13 PR specialists working in the Motorsport sector looking after clients including the Honda Formula 1 team, and Philips sponsorship of the Williams F1 team.

As a freelance I have been responsible for PR on behalf of the Barnes Food Fair and the Barnes Town Team.

The design of the Barnes Village website which I had done on a voluntary basis whilst working for the Chelsea Magazine company spurred me to spread my wings and work for myself. I now design sites for a huge array of different clients, looking after every aspect of their web needs. Typically I will organise hosting, design and copywrite the site, add functionality elements such as e-commerce, set sites up with a decent SEO schema and manage subsequent software and security updates.